Some sentences may not be fully parsed, part of it is also analyzed. The example in Figure 3.8. is the analysis for the sentence “Every empty-handed season is difficult to swallow”. This sentence is a passive but hidden word. Built-in links are still displayed even if the result is a syntax error. 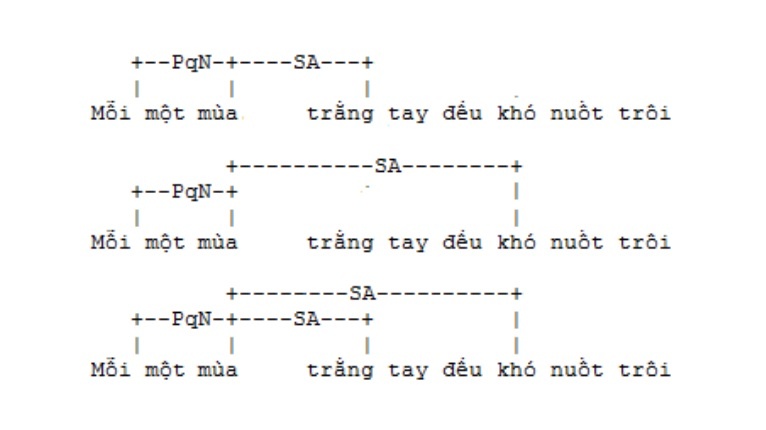 Figure 3.8. The results of the link analysis of the sentence “Every empty season is difficult to swallow”

Figure 3.9. The results of the link analysis of the sentence “Most mantises eat insects”

The analysis results are stored in the same format as in [94]:

This work requires a lot of effort, especially with sentences in written articles, so the thesis has only created a small corpus. The details of the dataset are as follows:

According to [94]. The parser is evaluated according to the following criteria:

Recall is the ratio between the number of chunks/constituents/relations (CCRs) returned by the parser that match the sample CCR and the total number of CCRs in the set. annotated sample

Precision is the ratio between the number of matching CCRs returned by the parser and the total number of CCRs received from the parser. CCR here is the link. The results are as shown in Table 3.2 below

Among these sample sets, the set of dialogue sentences achieves the highest accuracy because it contains basic Vietnamese sentence patterns that easily satisfy the connections of the linking syntax. The common-sense sample set reached the second highest rate because in general, the sentences were translated from foreign texts and the sentence structure was quite simple. The tourism sample set is taken from a number of tour advertisements written by Vietnamese people, but the structure is also easy to understand and analyze. In the sample sets, the set of sports sentence samples, mainly translated from English, but the style is quite structured, many sentences have the order of the sentences changed or some parts are missing, so the results are the lowest.

It can be seen that the types of unsuccessful analysis sentences are compound sentences or simple sentences that change the position of components or have some hidden components.

According to the views of Diep Quang Ban [1], Nguyen Chi Hoa [9], Tran Ngoc Them [23], the proposition is the smallest unit (element) of the text, the compound sentence is built from the “blocks” , each “block” is a proposition. The core compound can be parallel with two or more sides, can also be reciprocal (main and secondary) with exactly two sides [23], [28]. These conclusions are completely consistent with the theory of discourse structure.

For the traditional context-free grammar model, the subordinate clause in a compound sentence can be generated from the special non-terminating notation SBAR of the grammar. With a very large set of rules, ambiguity about the bounds of the proposition is very common. Also due to the large non-terminal symbol set, the parse tree for compound sentences is very complex. That will affect the speed and results of other processing such as text classification, text summarization, machine translation – processing problems based on the syntactic structure of sentences.

The problem of analyzing compound sentences has also been mentioned by Sleator and Temperley [111]. A special feature of the link parser is that it can parse some main and minor compound sentences through some special links such as CO (the link between the suggestive element and the subject of the following clause). , CC (associating clauses with coordinating conjunctions)… is established for conjunctions such as “because”, “although”, “but”… Thesis parser (to be said) to the previous item) also get the same result for Vietnamese. However, with the type of compound sentence with many complex clauses and relationships such as “If a cadre or civil servant is re-hired to work at the old agency or unit, the actual time of studying according to the training program will (indicated on the certificate or training degree awarded) is counted in the consideration of regular salary increment”, the link parser failed. That’s because the join requests do not show the relationship between the clauses in the sentence. Furthermore, using only conjunctions of conjunctions would require a lot of computation time. If you analyze each clause of a compound sentence separately and then combine them into an overall analysis, the above problems can be solved.

Every text can be subdivided into a non-intersecting sequence of elemental text units, and a discursive tree is associated with the text satisfying the following conditions:

Research on the discursive structure of Vietnamese texts is also interested by many famous linguists. The thesis has used the results of linguistics of Nguyen Chi Hoa [9], Tran Ngoc Them [23] to build a discourse analyzer for Vietnamese texts. With a test corpus consisting of 5 articles on websites www.vnn.vn, www.vnexpress.net, www.dantri.com.vn, analyzed by linguists, the accuracy achieved is as follows: