Find discursive relationships with units that do not appear discursive signs

For units that do not appear discursive signs, based on Vietnamese characteristics, the thesis uses the algorithm to find co-occurring words proposed by Marcu [89]. Then, the discourse relations will be assigned as Connect or List.

Building a tree of discourse 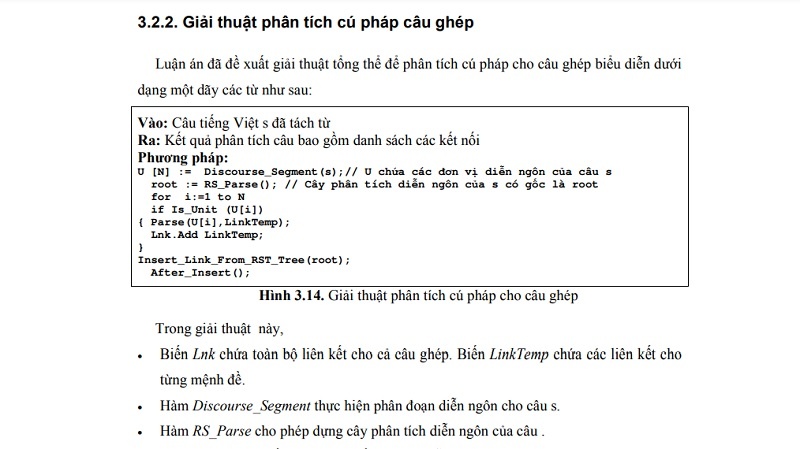 The proof-theoretic method generates all sets of legitimate structured trees, with each set having the following parameters: kernel or satellite, leaf or root, relation name and tree members. Each tree is described with a Tree structure (status, type, promotion, left, right), where:

A leaf node can be described as a tree by assigning the Left and Right values ​​to NULL and the type to LEAF.

According to [89], the proof-theoretic method allows building a text structure from 14 axioms. Here is an example of an axiom:

Choosing a Discourse Tree Similar to English, Vietnamese is a language with a left-to-right writing style. Vietnamese utterances tend to put the important clause first. Therefore, the thesis has followed the assessment of Marcu’s discourse tree in [89] in favor of left-skewed trees according to the following criteria: 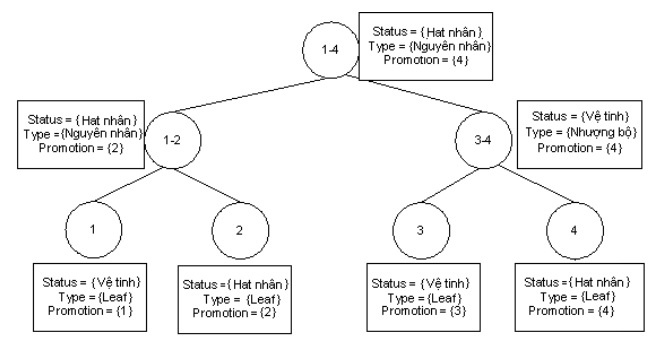 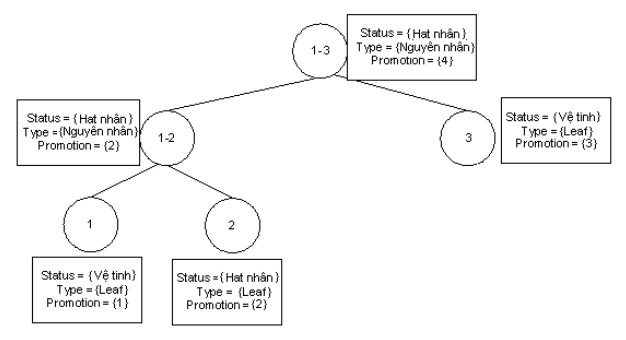 The thesis has proposed an overall algorithm to parse a compound sentence represented as a sequence of words as follows:

Ra: Sentence analysis results include a list of connections

U [N] := Discourse_Segment(s);// U contains the discursive units of the sentence s

Figure 3.15 below presents the function Insert_Link_From_RST_Tree proposed by the thesis.

If in the dependent grammar model, the word representing the main clause is from the center of the clause, then in the model of the linking grammar, it is necessary to choose the word that represents the clause.

Degree of connection Choosing a word to represent the proposition must ensure the demand for flatness of the association. After parsing for the clauses, the joins are stored again as a linked list.