Quantitative affixes: related to the measure, calculation or standard of measurement performed by the noun. Links are established between adjectives and nouns indicating the unit of measure: ApNt. 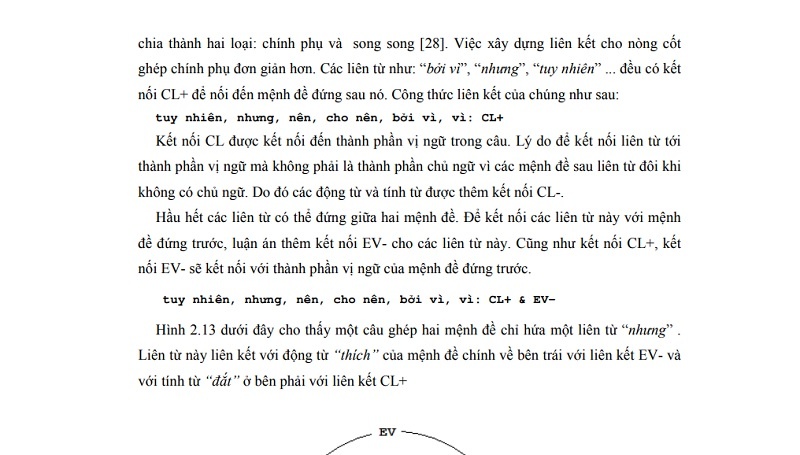 For example, the link in the phrase “two thousand meters deep” is shown in figure 2.12 below Comparative affix: This affix is taken up by a comparative adjective. For example “more beautiful than fairies”. The link between “beautiful” and “more” is the ApAr bond.

Description Addendum. Then the two adjectives go together: “beautiful”, “extensive”… The former indicates properties, the latter belongs to the relational subtype (comparative subcategory).

This suffix does not appear with the degree suffix on the left or the quantity suffix on the right, for example it cannot say “very wide”, “two meters high” 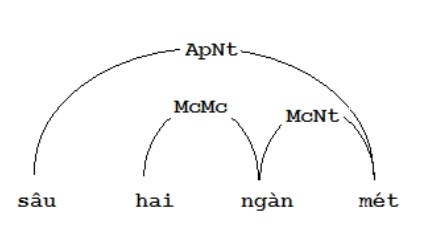 So the association formula in this case for the prime is:

Similarly, degree affixes can be used after adjectives such as “extremely”, “extremely”.

With compound sentences consisting of many clauses, it is necessary to separate to analyze each clause separately and then combine. However, with two-clause compound sentences, it is possible to use conjunctions for the conjunctions and components in the sentence. The core of compound sentences in Vietnamese is divided into two types: main and minor and parallel [28]. The link building for core core grafting is simpler. Conjunctions such as: “because”, “but”, “however” … all have a CL+ connection to connect to the clause that follows it. Their linking formula is as follows:

however, but, should, should, because, because: CL+

The CL connection is connected to the predicate element in the sentence. The reason for connecting conjunctions to a predicate and not a subject is because the following clauses sometimes do not have a subject. Therefore verbs and adjectives are added CL-.

however, but, should, should, because, because: CL+ & EV

Figure 2.13 below shows a two-clause compound sentence that only promises a “but” conjunction. This conjunction joins the verb “like” of the main clause to the left with the EV- conjunction and with the adjective “expensive” on the right with the CL+ conjunction.

Figure 2.13. Connect a sentence that combines two clauses with a conjunction in the middle

Figure 2.14. Linking of two-clause compound sentences with a conjunction at the beginning and a comma

Combined with the connections built above, we have:

Figure 2.15. Links in compound sentences with conjunctions present in both clauses

In Figure 2.15, the sentence contains two related conjunctions “because” and “should”. The link that connects them is QHT.

When analyzing compound sentences according to the algorithm mentioned in Chapter 3, the analyzer can choose whether or not to analyze each proposition separately with this type of sentence.

Initially, a dictionary with more than 150 large formulas and more than 1000 entries was built manually by the thesis. The words that appear in the dictionary are divided into groups, each containing the same word type, with the same association requirements as shown in Figure 2.16 below: 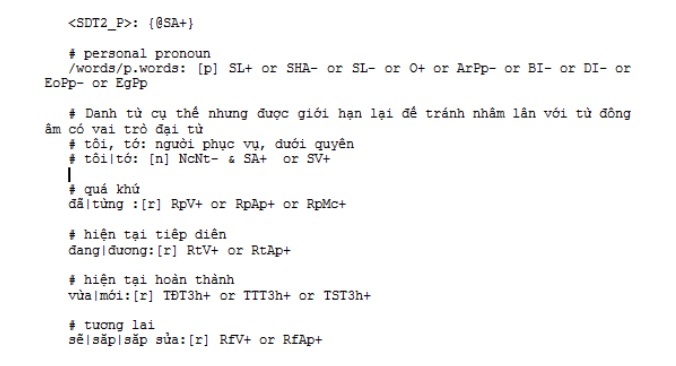 Figure 2.16. A passage from a linked grammar dictionary

Because the linking grammar model was first applied to Vietnamese parsing, all linking formulas were proposed by the thesis, the first dictionary was limited to experimental texts. In order for the analyzer to work effectively on any Vietnamese text, the thesis has researched to expand the associated grammar dictionary for Vietnamese.

Out of all the documents published on the link grammar website, only two refer to dictionary building. These are the articles of Protassov’s Russian linking grammar building [132] and Szolovits’ article [113]. [132]’s method allows searching in a large Russian corpus to filter out the necessary words for a certain formula. For example, find verbs that require patterning (way 5) by finding all verbs that are followed by a noun in way 5. This is much easier than Vietnamese because verbs are as well as nouns. from the 5th way in Russian can be distinguished by the suffix. Therefore, the thesis has followed the method of Szolovits used to gradually add words from a medical lexical system to the linked grammar dictionary. That vocabulary system is the UMLS Specialist Lexicon which contains 235,197 entries (of which 75,121 short phrases – generally phrases are also treated as words).

The thesis used a dictionary of over 40,000 Vietnamese words of the topic KC 01.01/06-10 with the design including the following descriptions:

1. Morphology (one or more morphemes)

– Form of the verb

4. Definition (describe the meaning of the word)

5. Examples (one or several example sentences using the word described)