Proper nouns refer to names of objects, specific nouns indicate people, animals, plants, utensils, and objects connected to a singular or plural sub-element. The following links have been built:

Similarly, this position is also for the number of quantity words (Mc). The link that exists only between the number of words and the specific noun is named McNt. 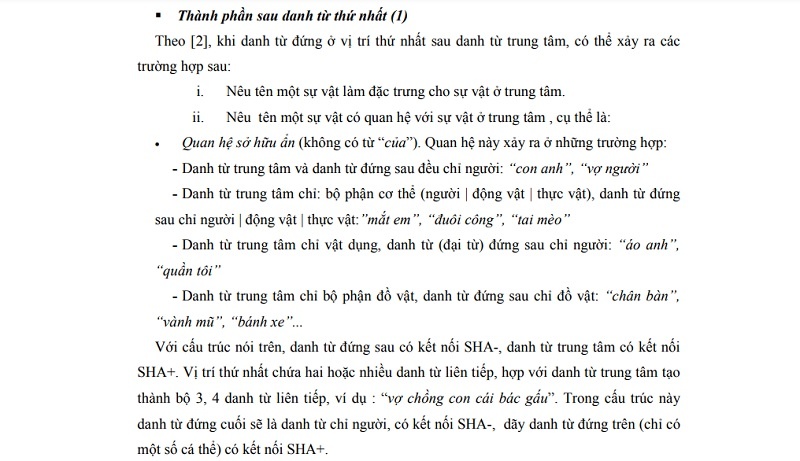 For example, Vietnamese always says “dogs” but never “dogs”. However, it is possible to say “students” or “students”. Therefore, it is necessary to build links for each specific case.

The formula for person nouns:{DpNt- or McNt-} & {NcN1-} allows the following expressions to be accepted: “student”, “students”, “5 students”, “born” tablets”.

The formula for animal nouns is different. Nouns of this type cannot lack nouns of the type that accompany them when they are accompanied by a number of words or an adjective indicating quantity. The thesis has proposed a formula for nouns indicating animals and plants:

Thus, the following phrases are recognized: “tables”, “each chair”. The links in the phrase “tables” are shown in Figure 2.2 . 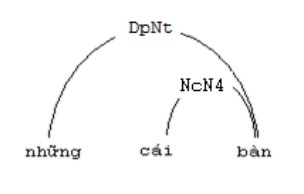 Figure 2.2. Links in the phrase “tables”

However, the phrases “tables”, “several chairs” are still used frequently in Vietnamese and the formulas also satisfy this. The following phrases will not be recognized: “three tables”, ” all four chairs”.

This position is related to several types of words: preposition of quantity (“all”, “all”, etc.), determiner of quantity (“all”, “most”, “most”, “most”. “…). In some cases, another word is also in this position, for example, “whole” is an abstract noun. The built-in connection is DqNt-. When there are more links with position -3, the linking formulas should be reviewed as follows:

Likewise, animal nouns have the formula:

b. The auxiliary element after the noun

Subsequent elements also follow strict rules. The thesis in turn considers the sub-elements according to their position of appearance.

According to [2], when the noun comes in first place after the central noun, the following cases can happen:

– The central noun and the noun after all refer to people: “your son”, “his wife”

– The central noun indicates the item, the noun (pronoun) after the person: “your shirt”, “my pants”

– The central noun indicates the part of the object, the noun after the object indicates: “table leg”, “hat rim”, “wheel”…

This rule allows to avoid ambiguity when the auxiliary components before and after the first noun are modified to the subordinate noun after (as in the example above, the word “that” is not connected with ” springs”).

The first position after the central noun can also be used for modifiers. Playing this role is usually a type of adjective indicating properties, sometimes also using onomatopoeia and onomatopoeia. The SA link is used in this case.

This sub-component combines with the specific noun in the center through the material preposition “equal to”, “from” or the preposition of the range “about” in the form: N1 + equals / about + N2. In this case, we construct the following rule:

To connect these word relations with the subordinate nouns that follow, use the naming link CH- (Only associated with specific nouns of material).

The range preposition “about” has NtEs connections. Connect with the following noun via EsNt+

Nouns of material have a CH- connection.

Some other types of nouns have an additional EsNt- connection.

Figure 2.4 shows the links in the phrase “wooden table” with the material noun “wood” in the third position.

This sub-component is combined with the center with the possessive preposition “of”, “at”: N1 + of/at + N2. Nouns and pronouns add SH- connections.

The word relationship “of”, “in” has a connection between SH+ and Neo