VietABank - Visa international credit card is issued by VietABank for customers to use to pay for goods and services or withdraw cash with the feature "spend first, pay later"

Celebrating the 1000th anniversary of Thang Long, VietABank launched the Thang Long card product line with the VietABank brand with many features and utilities on the e-banking platform and developed product lines for high-end customers. This is an effective investment solution for customers.

This is a card that integrates the bank's domestic debit card with the technology and student management system of universities, colleges, high schools...

- Withdraw cash at ATMs in the system and other banks in the banknet system.

- Transfer money within the same system via ATM.

- Transfer via card to other banks participating in the Smarlink system via ATM and ebanking.

- Enjoy interest rate without term on the balance of money in the card. In particular, customers also enjoy a 15-day demand interest rate for the amount spent and paid.

- Grow the number of debit cards

- Strengthen the training to improve the qualifications of translation staff

  Number of ATMs and POS: no additional investment.

programs and software in use.

Viet A Commercial Joint Stock Bank launched the Advance Card product, a type of card that applies 2 technology of magnetic card and chip card, issued Visa credit cards, Visa Prepaid prepaid cards and deployed more related cards. company, school, co-branded card, .... However, because it is still in the implementation phase of the card's utilities, the number of customers using the card is still not much compared to other banks such as Sacombank, Dong A Bank, ACB, Vietcombank... Particularly for credit card products. Master application has not yet been implemented as planned because it has not yet met the requirements of the system and is still in the testing phase.

Thanks to promotional activities, preferential policies for customers..., ATM card service at Viet A Commercial Joint Stock Bank has been gradually expanded and more and more customers know about the bank's ATM service.

Viet A Bank started preparing for the issuance of credit card products from June 2011, the first time of official implementation in the first months of 2012, leading to high costs in 2011 and a sudden increase. in 2012 due to having to pay the costs of joining a visa organization such as the cost of guarantee to join the Visa Organization, the fee to pay the Visa card organization in payment and use of the card, the system setup fee... and other fees. other relevant.

In 2013, the revenue decreased significantly because the Card Center stopped working at home, including electricity, cable TV and internet bills. This is one of the services that brought in relatively high revenue for the Card Center during the period from 2008 to 2012. In addition, at this time, the Bank is still waiving annual fees and card transaction fees, so revenue was significantly reduced. However, the cost has also decreased significantly because the issuance of credit card products has gradually stabilized and is gradually bringing in revenue for the Bank.

In 2014, revenue and expenses were almost equal, the Bank is gradually reducing costs and increasing revenue from card activities to bring profit in this activity.

By 2015, VietABank had initially made a profit from card activities, although it was not high, but this proved that the card industry was stabilizing and gradually developing. However, revenue in 2015 only reached 79.88% of the plan, expenses reached 80.54% and revenue only reached 29.17% of the set plan.

Capital mobilization is shown by the balance on the card account:

Viet A Bank is one of the banks with a small scale compared to other banks, so the card market share is still very small, compared to big banks like Vietcombank, Agribank, the number of VAB cards is not significant, although However, the Bank is still learning and improving to develop in a sustainable way.

Looking at the chart, Vietinbank is currently the leading bank in terms of number of ATM cards issued. With card issuance fees and ATM functions similar to other banks, Vietinbank's ATM card development speed is very fast. The basic reason is that Vietinbank completed the banking modernization program first, focusing on cross-selling products, meaning that when a customer opens an account, one more card is issued. Another important reason is that Vietinbank has developed into a card brand in the market... thus has a loyal customer base.

Besides Vietinbank, Agribank and Vietcombank are also two banks that hold a high market share for cards today. These are two banks that have built their own brands for many years and are one of the largest banks in Vietnam with a wide business network throughout the country, so they are favored by many customers when choosing. 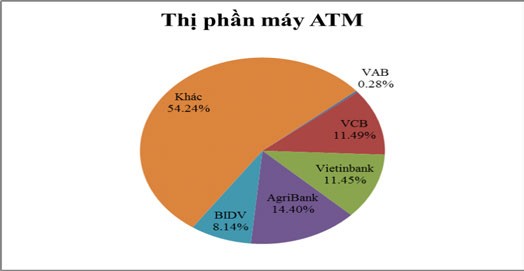 Chart: 3.8: VAB's proportion of ATMs compared to the market.

In the past five years, the number of ATM cards has grown far outstripping the number of ATMs, resulting in the card/ATM posting ratio nearly doubling. Holidays and Tet are a busy and stressful period for banks to preparing cash to meet the needs of withdrawing money from ATMs but still not meeting the needs of the people. As of December 2015, on the Vietnamese market, there were 50 card issuers with over 80 million cards issued, more than 15,900 ATMs and nearly

176,000 POS/EDC have been installed and used. Calculated, each ATM is serving about 5000 ATM cards. Compared to 2012, according to statistics of the Vietnam Bank Card Association, the ratio of cards/ATMs in Vietnam was 2,800 cards/ATMs, in the same period, compared with neighboring countries like Thailand, this ratio is 532.

According to statistics from the Bank Card Association 5 years ago, by the end of 2009, the number of ATMs in the whole market was 9,723 ATMs, which means that more than two thirds of ATMs today have more than 5 years of use, so there is a risk of failure. will be higher. However, it is also necessary to sympathize with the banks because the investment and operating costs of ATMs are quite large, including the cost of buying machines, maintaining the system, providing funds, renting space to place the machines.. Solution. for this overload is developing a POS system. The function of payment for goods and cash advance at the counter of the POS machine is effectively meeting the increasing demand for card use of the people.

The modern retail network in Vietnam is changing rapidly. According to the Ministry of Industry and Trade, by the end of 2013, Vietnam has about 700 supermarkets and 125 trade centers. And by 2020, the whole country will have about 1,200 -

1,300 supermarkets, 180 trade centers. According to statistics, in the period from January to the end of September 2014, about 12 new supermarkets/convenience stores were opened every month with many big names: Satrafoods, Coopfood, Guardian, Big C, Lotte, New Market... These retail systems are all equipped with card payment machines to bring convenience to consumers and have gradually created the card payment habit of a large number of cardholders.

A significant function of the card payment machine (POS) that has not been popularized in Vietnam is the cash advance function. With the retail network, we are not limited to supermarkets, commercial centers but also a network of gas stations, a network of post offices, a network of shops, a network of taxis, pharmacies, and cafes. ... places that often have a lot of cash. Therefore, the opportunity to provide cash advance services to cardholders via POS machines is huge. As long as each of these transaction points has cash available and accepts to participate in providing withdrawal services, the problem of overloading at ATM cards can be solved quickly without any additional investment costs in ATMs. The POS withdrawal process is simple and can spread quickly. Risks in the process, I believe, are completely monitored by many technical support measures: texting of balance fluctuations,

In terms of technology, the development of wireless POS technology (connected via GSM or 3G/Wifi) has made transactions more convenient. Even the mobile POS (mPOS) generation is just a device. Card readers can be attached to smart phones (smart phones) to make transactions easily.