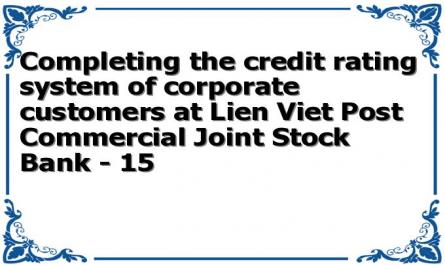 In the past, it was believed that all swans were white. But until it was discovered that black swans exist in the world (in Australia), people gave up thinking like the white color of swans.

The Black Swan Theory by Nassim Taleb, a professor of financial mathematics at New York University, points out that, "black swans" lie beneath nearly everything about our world,  "All of us." Everyone turns a blind eye to rare events and fancies themselves to be able to predict every risk and every opportunity . Once uncertainty exists in all phenomena around us, especially in financial markets, when events of low probability of occurrence but with the potential for large losses can exist in Anywhere, should investors trust analysts' forecasts when these forecasts often fail to indicate risks of uncertainty and, as has been shown, are sometimes wrong? intentional omission.

Taleb argues that people tend to ignore large events with low probability because experts often make predictions based on associations that have been observed in the past. Economic forecasts have long been relatively accurate because people share a belief that if they do this, they will have the same results.

For example, if interest rates are lowered, people will borrow more money to do business. Taleb believes that the human brain is more suited to a simple world than the complex world we have today. Humans still tend to see, believe, and remember for a long time the facts that support our thinking, events that are consistent with our predictions about the future. But when suddenly the economic and financial crisis broke out, all values ​​were reversed, beliefs disappeared, and all predictions turned out to be wrong.

Taleb also argues that major events are more common in finance than in real life, and gives an example: “If we take randomly from the global population two people with a combined height of 3.4 m. What is the probability that each person is high? The answer “3 m and 0.4 m” is impossible and the highest probability is 1.7 m and 1.7 m. But in finance, the opposite is true. If also randomly taken from the global population two people have a combined wealth of £14 million. The most likely probability is not that each person has £7 million, but usually £5,000 on one side and £13.5 million on the other." Humans can accurately calculate to the second when there will be a solar eclipse, but also, it is impossible to predict exactly how stock prices will be tomorrow.

That's because all economic laws must be projected through the prism of human psychology and then change immeasurably like a kaleidoscope.

And then, people will always look for proofs that the statement is true, and then of course it will. When crude oil prices peaked at $147/barrel, who would say it would fall below $50 within four months? Or like in Vietnam, when VnIndex was up to 1200 points, who would have thought that it would drop below 300 points just over a year later? But when unexpected events occur, such as a financial crisis, or repeated false predictions, people begin to doubt and rebuild their propositions.

Many people in the financial world believe that financial forecasting is constantly updating new parameters to make new forecasts, not ignoring Taleb's accusations. But Taleb also said that those updates are still based on the past, so it is not possible to predict what "unusual" or "extreme" he is talking about.

The advent of the "Black Swan Theory", as well as the alarm among policymakers about the quality of credit ratings, suggest a common conclusion that financial markets (or their lives) me too) is always more complicated than we thought it would be. The sanity of new investors is the most important basis for determining their performance (not blindly trusting the ratings).