- The loan portfolio of joint-stock commercial banks shows signs of potentially large concentrations of risk. These risks will turn into serious financial losses for banks once the economy turns unfavorable. This has been proven through the actual performance of Vietnamese banks in the following years.

- Income structure is not diversified, mainly depends on lending activities Contribution to operating income of Vietnam's banking industry is still mainly from traditional banking operations: capital mobilization and lending , and this segment is represented by net interest income which contributes from 70% to 90% of a bank's total operating income, depending on the bank's strategy. The share of net interest and non-interest income in banks operating in developed financial markets is typically about the same, and net interest income may dominate. for example: 60%: 40%), as these markets have developed, the demand for financial services is diversified, no longer primitive, just stopping at lending and raising capital like the financial market. main Vietnam. In these developed financial markets,Banking operations are very diverse, including advanced operations such as asset management, investment banking, card services of all kinds, etc. Due to the characteristics of the Vietnamese banking market, we only focus The emphasis on net interest income contributes to a bank's operating income structure in this segment, its growth profile.

The business efficiency of the banking system in general tends to decrease over the years. Industry size increases, accompanied by a very high level of ROE of the whole industry, the industry average is above 10 %, in both bad conditions of the economy, and recession of the industry by economy, and if you look at the average of a cycle from 2008 - 2014, the average ROE of the banking industry is at 15.42% , as shown in the following table Table 3.6: Return on Equity ROE

In general, the ROA and ROE ratios of banks both increased sharply in the period 2008-2010, from the period 2011-2014 began to decrease gradually. In 2008, when the world economic crisis started, Vietnam's economy was also affected, inflation increased, interest rates of banks increased sharply. This situation has affected the psychology of people and businesses. Since the high deposit interest rate has attracted the amount of idle money in the society, the assets of the banks increased sharply while the equity remained unchanged. Besides, the market real estate marketis growing strongly, banks are focusing capital to promote real estate lending to increase profits. Profit increased, equity remained unchanged, so ROE of all banks increased sharply. ROA and ROE have started to decrease since 2011. Joint Stock Commercial Banks have the lowest average ROA and ROE ratios and fluctuate the most due to the weak business results of some small joint stock commercial banks.

While a gloomy atmosphere pervaded the entire banking industry in 2012, a few banks still performed well and grew profits higher, such as CTG, BIDV, VCB, and STB. Among them, STB's profit margin is the most impressive, with a net profit margin of 24.5%, nearly twice as high as that of the second-ranked bank in terms of profitability (MBB 13). .7%).

3.4 Impact of loan portfolio on the risk of Joint Stock Commercial Bank

Based on the above decisions, directives and circulars, it can be seen that the concentration of risk in the loan portfolio of joint stock commercial banks in Vietnam is quite high. 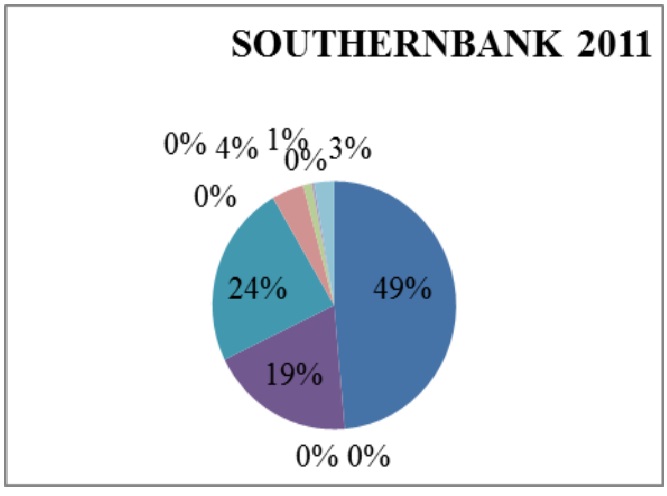 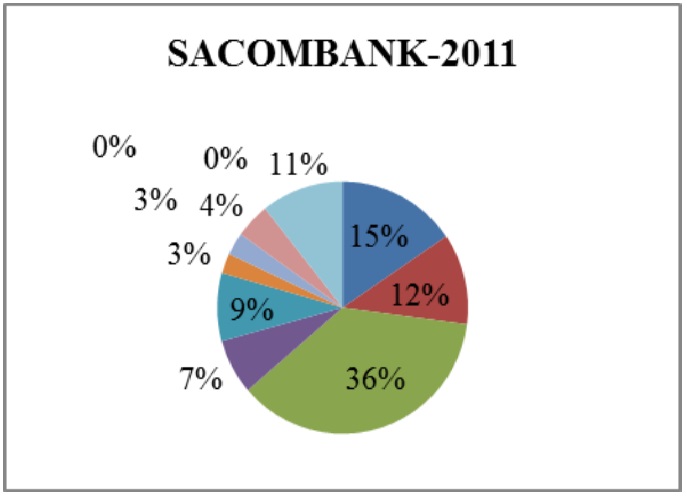