As discussed in Chapter 1 with a context-free grammar, probabilities acting as parameters can initially be generated randomly, and then updated every time a new sentence is analyzed and added to the set. corpus. The training algorithm proposed by [79] aims to recalculate the parameter value after processing the input sentence. Like the context-free grammar, this algorithm relies on two parameters, the inner probability and the outer probability. 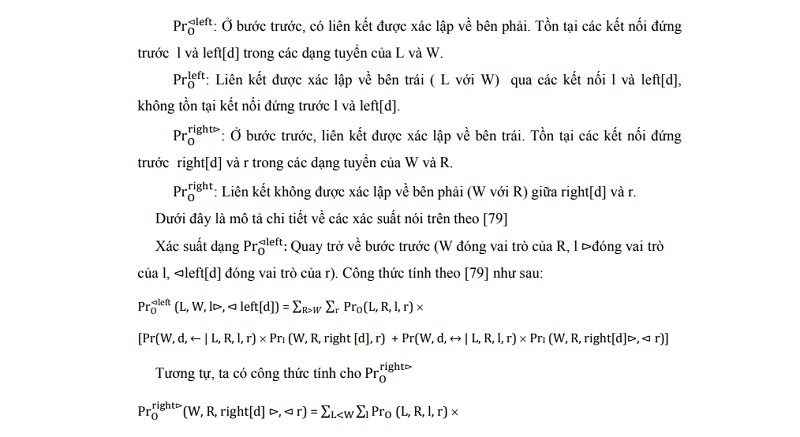 The probability in PrI ( L, R, l, r ) is the probability that words from L to R can be linked together such that the connections l and r are satisfied.

The outer probability Pro ( L, R, l, r ) is the probability that words outside the range L to R can be associated with each other such that the outer join requirements l and r are satisfied.

The inner probability is calculated recursively according to the relations:

For example, With the linking grammar and the sentence “I bought a flower” mentioned above,

with the values of the probabilities given in (3.1) :

The probabilities outside PrO are calculated recursively: initially, for each d ∈ D(W0) there is left[d] = NIL, set

The probability is added to the 4 possible cases in the previous step (then R and L also play the role of W): 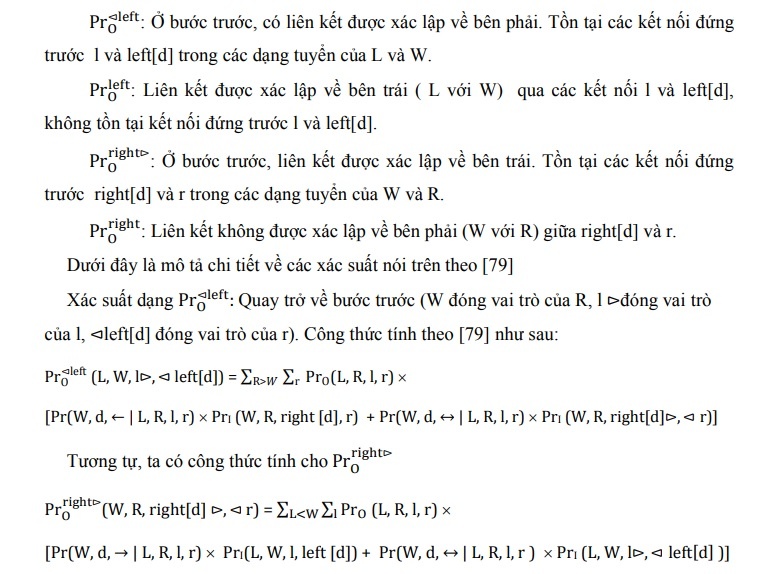 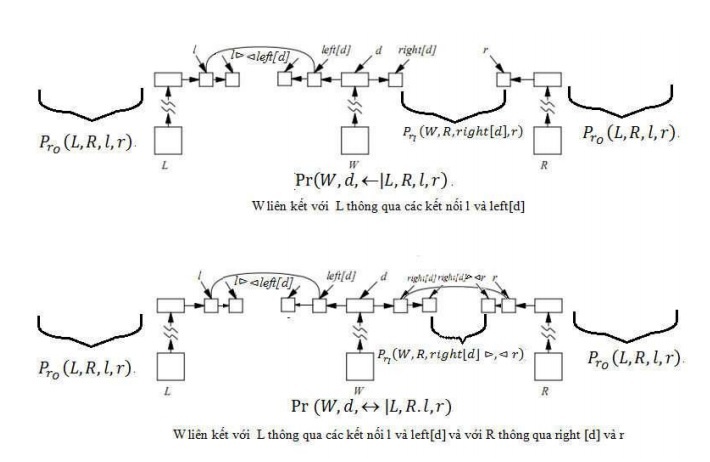 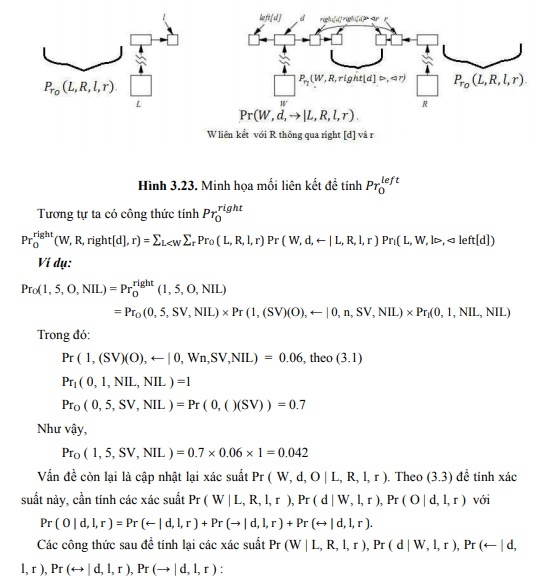 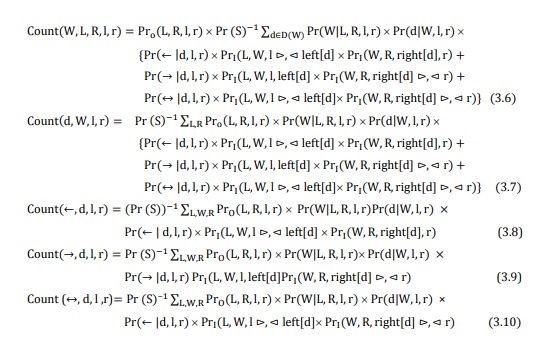 The count(L, R, l, r) value is calculated in the analysis algorithm:

The Pr(S) value stated in the above formulas is calculated according to the following formula:

The values Count(L, R, l, r), Count(W, l, r) and Count(d, l, r) are calculated directly according to the connections and selections that appear in the corpus.